We work in the heart of Central Tanzania — Dodoma, the nation’s capital.  One of the country’s fastest growing areas, Dodoma (pop. 400,000) is also one of the poorest regions of the country. 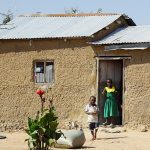 The Dodoma region is home to some of Tanzania’s highest maternal/child death rates, and 80 percent of the population lives in rural areas with little or no access to care.  Malaria and HIV/AIDS are prevalent, and famine, malnutrition and a lack of safe drinking water are constants in the rural areas.

Dodoma, not unlike most of Tanzania, also suffers a severe lack of trained physicians and health care professionals.  Rural dispensaries often provide first-line health care for most of the population. Medical facilities available in Dodoma reflect the same challenges that exist throughout the rest of the country.

Meanwhile, more government workers are relocating to Dodoma from Dar es Salaam, and more rural inhabitants are moving closer to the city to find work.  In addition, in 2007 two colleges opened in the city, the largest of which is Dodoma University with 40,000 students. As the city grows, so does the need for medical care.

Dodoma Christian Medical Center (DCMC) is located approximately three kilometers from the city on a 300-acre site.  Because of Dodoma’s links to other major cities by rail, road and air, Tanzanians from both urban and rural areas now have the option to come to the Dodoma area for quality health care. 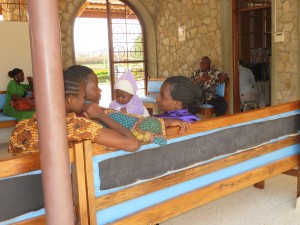