The United Republic of Tanzania is located in East Africa and borders eight other African nations. Home to the famous Serengeti National Park and Mount Kiliminjaro, the country is 8th poorest among 236 countries when it comes to GDP per capita. Of its 44.9 million residents, 74% live in rural areas, 23% live in poverty, and 85% don’t have electrical power. The country suﬀers a chronic shortage of doctors, nurses and facilities to treat its people and is combating some of the world’s highest rates of both maternal and child deaths. 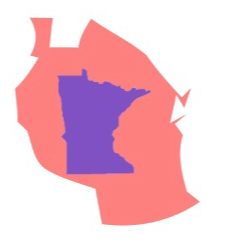 Dodoma, located in Central Tanzania, is the nation’s capital.  The entire Dodoma region (population 2 million) is the poorest and least developed area of Tanzania and suffers the country’s highest incidence of mother/infant mortality and a severe lack of quality health care facilities to meet even basic needs.  Malnutrition and diseases like malaria and HIV/AIDS are highly prevalent.  As the population of Dodoma increases, so does the need for health care.