In one of the rural villages outside Dodoma, there lived a woman who had endured years of suffering due to her obstetric fistula. Fistulas are the result of prolonged or difficult labors, and cause incontinence. Not only had this woman lost her child, but she was destined for a life of suffering, isolation and poverty. She would say, “Siwezi. Siwezi, kupanda dala, siwezi kukaa nyumbani yangu, siwezi kufanya kazi shambani, Siwezi, Siwezi, Siwezi,” which means, “I can’t board a bus, I cant live in my own home, I can’t work in my own fields. I can’t, I can’t, I can’t.”

When DCMC-trained Village Health Workers eventually found her in Mpwapwa District as part of their fistula identification program, she had undergone five previous fistula repair surgeries in Dodoma and in Dar es Salaam, but none of the surgeries were successful. The village health worker told her about the opportunity to get surgery at Selian in northern Tanzania, so she agreed to undergo a sixth surgery and was one of the women who was then transported up to Selian Hospital in Arusha. 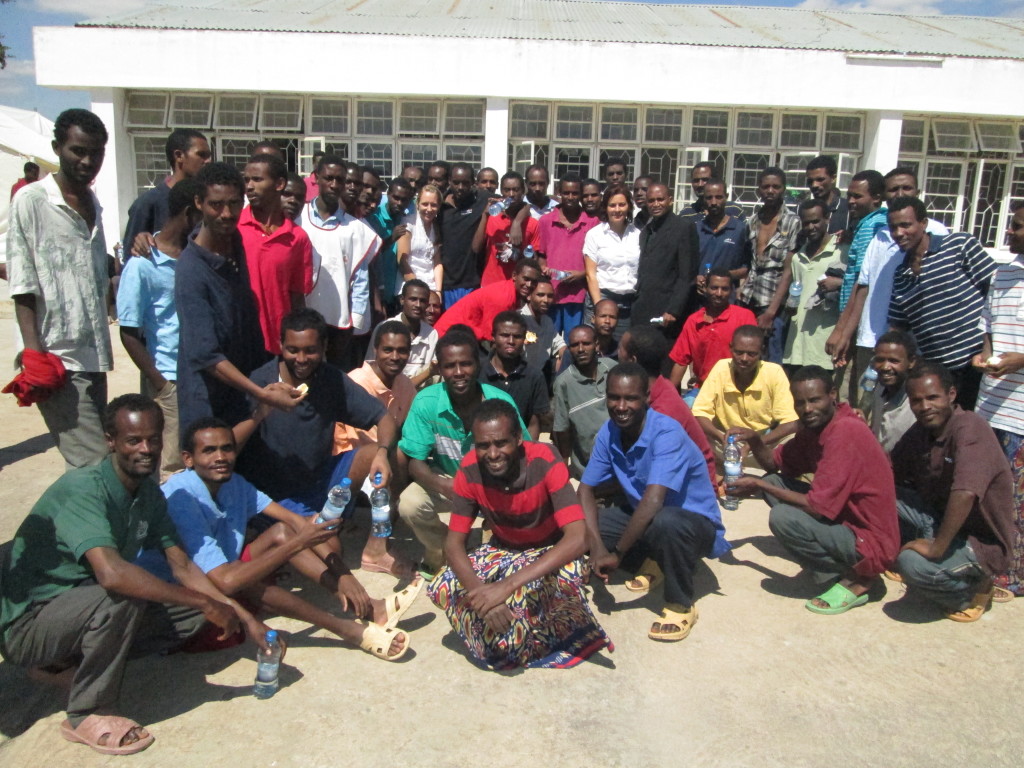 One of the most influential experiences I had while volunteering at DCMC’s Community Health Department came from the most unexpected teachers – 82 Ethiopian refugees.

I had the privilege to be the most qualified health care professional to care for 82 Ethiopian men who, like animals, were being shipped by traffickers in metal containers from Kenya to Malawi and South Africa in hopes of finding employment and starting a new life.  When the number of dying men in the containers started to increase, the men pounded on the containers to be released.  The trucks finally stopped and unloaded all the “baggage” of men in the containers and drove off, leaving 125 Ethiopian foreigners in the bush outside of Dodoma, Tanzania.

These men – of whom 43 were dead and only nine were conscious when discovered – were all severely dehydrated, undernourished and emotionally traumatized.  One man was even presumed dead and later rescued from the morgue’s freezer when bodies were being rearranged.  He was covered with freezer burns and barely alive.  He quickly recovered within a few days and thanks god for His love.

The one thing that was not lost throughout their dreadful ordeal was their spirit.  After several days of revitalizing these men with oral hydration therapy, proper nutrition and limited medication, the men quickly turned to their songs of hope for ultimate healing.  In their songs, themes of deliverance from persecution, of a God who is good, and a promise of a greater reward resonated from their robust singing, clapping and dancing.  Through these songs, the men returned to life as their spirits revived their physical bodies.

In my past year of medical education, I have witnessed the spirit disregarded and the proposed thought of the spirit’s involvement in physical healing ridiculed by those who cling to their strict practice of biomedicine.  In many ways, there is a fear of trespassing on an area of the human condition not well understood scientifically.  However, my experiences throughout the years and especially this summer have provided me proof that the presence of the human spirit in healing is an essential component of health care that cannot be ignored.

I am sincerely grateful for the opportunities provided to me by the staff of Dodoma Christian Medical Center. I have gained an invaluable experience in effectively implementing health programs and renewed inspiration and encouragement for the remaining years of my medical education.